Did you know that an earlier CSS mascot — a person, animal, or object adopted by a group as a symbolic figure especially to bring them luck — was the Unicorn?  Luckily for us the Kodiak Bear was later adopted. Kodi has been a fan favorite at CSS athletic events leading cheers alongside the pep band and engaging with the crowd. Being a mascot requires a lot of energy, but what makes a great mascot is the element of fun.  Enters Ben Momber, a CSS fifth grader who has embraced the job of being a Kodiak mascot with keen professionalism, purpose, enthusiasm, and of course — fun. 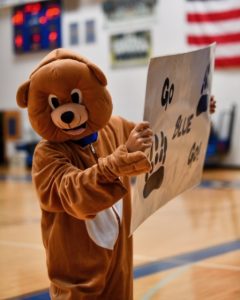 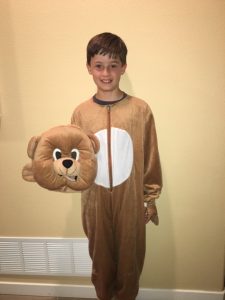 As a second grader at CSS, Ben reached out to Mr. Schubach and myself with a well-crafted and thoughtful letter, inquiring about adding another mascot for the middle school games. Thus, Kodi Jr. came on the scene with a new, smaller bear suit, still, a bit too large for the younger Ben. CSS sporting events were livelier with Kodi Jr.’s dutiful presence as he worked hard to refine his cheers and chants.

At the end of the year, Ben’s family moved to Maryland when his mother Amy was reassigned to Andrews Air Force Base. After two years afar, the Momber family is back in Colorado and a part of CSS again. Ben has quickly and excitedly resumed his position as Kodi Jr., while most recently cheering on the girls’ volleyball team at Homecoming. This time, however, the mascot suit is a better fit and the cheers a bit more polished. 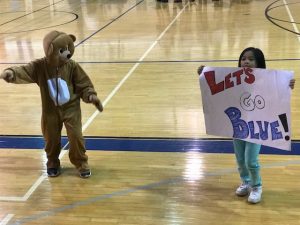 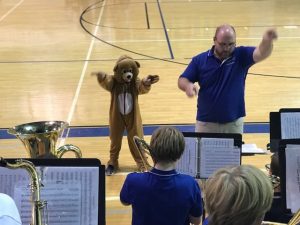 I was able to sit down with Ben at a middle school volleyball game where he was cheering on his sister Hannah ‘24.

What inspired you to write the initial letter about being a school mascot?  “CSS is such a great school but I thought we needed more team spirit for the younger athletes. I wanted to lighten up the mood and create some enthusiasm. I attended a middle school game and noticed there was no mascot, so I thought of the idea.”

What did it feel like when you first put on the Kodi Jr. suit and served as our mascot?

“It felt like the school was more alive. It made me feel good to be in the stands and contributing to the atmosphere of Family Night. I had so much fun!”

Now that you are back at CSS, how does it feel?

“I was gone for so long but it didn’t feel like it because we knew that we were moving back after two years. I was anxious to get back and be the mascot again. It was one of the main reasons I wanted to come back to CSS. The crowd was always awesome and supportive and I looked forward to my return. I used to have dreams about coming back to CSS after we moved. Now my dreams have come true!”

Do you want to continue through middle school and upper school?

“I’d like to continue and work around my schedule as much as possible. I plan to play lacrosse for CSS, but I’m not leaving the position and am committed to being the Kodiak mascot throughout my time at CSS.” 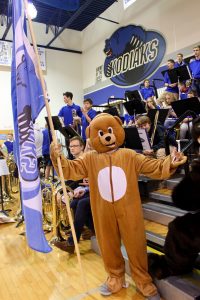 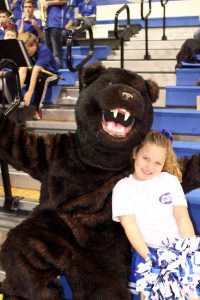 What is your favorite aspect about attending CSS?

“That’s easy to answer. I really enjoy the people and the experiences that are offered. I like how our teachers are creative and make learning fun for us. I enjoy coming to school.”

What advice would you give to a future mascot?

“If the crowd is not clapping, it doesn’t mean to give up. Just keep working to motivate them to have school spirit. Being the mascot is a big responsibility but a privilege — enjoy it while it lasts and don’t take it for granted.”

Do you think you will ever become tired of being a mascot?

“Never! It is so cool being a mascot and helping with school spirit. I would love to be a mascot for a college team, like the Air Force Falcons.  That’s always been a dream of mine.”

As the masterful architect of dreams, Walt Disney stated, “All our dreams can come true, if we have the courage to pursue them.” Ben Momber’s fearlessness is unique for an 11-year-old, and I have no doubt that whatever he envisions and dreams about will happen. CSS is fortunate to have Ben on our sidelines living out his dreams. He is a true Kodiak at heart. 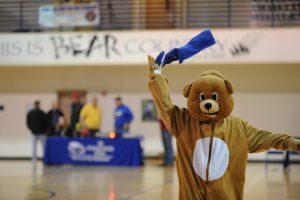 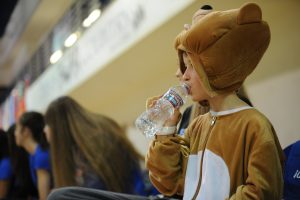