The girls’ and boys’ basketball teams opened their 2019-20 season with two games each at the Limon Tournament this weekend. On Friday the Kodiaks fell to Ignacio in both games.  The girls lost 26-42 in a physical matchup against the Bobcats but bounced back on Saturday with a 58-27 victory over the Cougars from Crowley County.  The win was a result of aggressive defense from the tip-off along with a balanced scoring attack at the other end of the court. “Tonight’s win was a direct result of our defensive mindset. It was much more intentional than it was in Friday’s game,” commented Coach Vicki Vaughan. “Our philosophy is that great defense leads to easy offense, and that is what we witnessed today. I’m very proud of the effort this weekend and am quickly recognizing the depth from our bench. This group is exciting to watch.”

Junior Whitney R. led the Kodiaks on the weekend with double-doubles in both games, averaging 10.5 points and 10 rebounds each game. Senior Sarina M. did not travel Friday due to illness but came out firing on Saturday with 11 points, 6 from behind the arc. Kate G. ’20 (11 points) and Mia C. ’22 (6) led the defensive charge that generated the offense, and junior Alair F. finished the day with 10 points and 2 blocks. Bailey R. ’21 followed with 4 points, Abrielle S. ’20 with 3, and freshman Cameron R. with a bucket.

The boys’ team fought hard but came up short against Ignacio on Friday and Crowley County on Saturday.  After leading 26-20 at the half, the Kodiaks had a scoring drought in the second half and failed to maintain the lead, losing 38-59.  The Kodiaks will play at Hanover on Wednesday night, looking for their first win on the season. Both teams kick off the home season on Friday and Saturday at the Kodiak Classic.  Go Kodiaks! 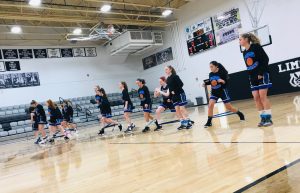 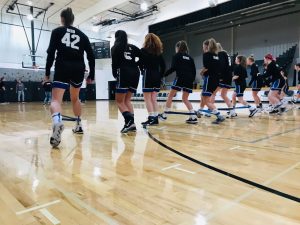 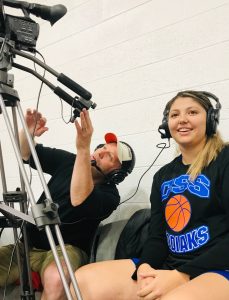 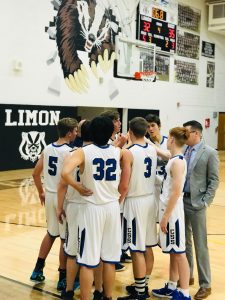 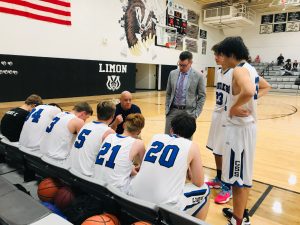