Last year, the girls’ tennis team fell a few points shy of a Regional title, one that was on their radar since that disappointing day last May. Redemption has been a dominant force, motivating this group with their sights set on a first title for girls’ tennis in CSS history. This past weekend the Kodiaks should have been cashing in on their redemption policy against Vanguard and St. Mary’s, especially with the return of all 3 singles players: #1 Jules T. ’21, #2 Kate G. ’20, and #3 Hina S. ’20. 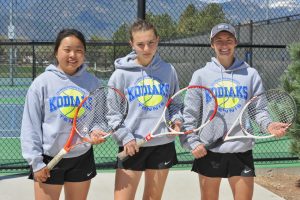 This superstar trio has been the nucleus of the girls’ tennis team for the past 4 years, almost playing flawlessly throughout their careers. Last season both Jules and Kate were Regional Champions, and Hina was the runner-up.  At the Colorado State Tennis Tournament in Greeley, the singles had strong showings and were among the favorites to win 3A state titles this year.

Head Coach Colleen Patton-Campbell stated, “As their coach I’m saddened not only for the team, but mostly for our seniors.  This was really our year to shine and break new school records. I was disappointed, but in the end, this is just a tennis season.  To every season there is a time to learn, grow, go within, and embrace change.  Most of all, we can grow stronger through adversity–which we are doing during this time.”

Assistant Coach Rick Thompson commented, “Our Regional is very strong, but I believe we were in a position to capture the title this year. We’ve been looking forward to this season for the past two years, looking ahead at a potential Regional and State title. It would have been astronomical to win either of these titles, a first for CSS, and we were primed to do it. It’s such a disappointment not to have had the season that we’ve been dreaming about.” 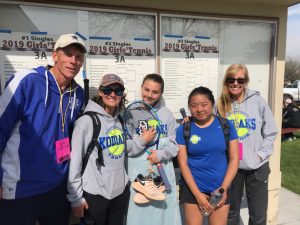 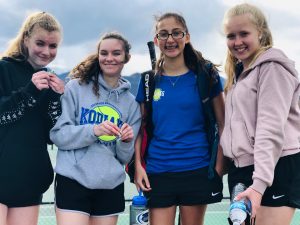 Last year’s #2 doubles squad, Abrielle S. ’20 and Audrey B. ’22, placed second in Regional play and made their debut at State, helping CSS in the team tallies. Positions were in play when Covid-19 forced the close of this season, but both girls were expected to play #1 doubles this year for the Kodiaks.

Thompson added, “Abrielle and Audrey gained valuable experience last year at the State meet, and we were excited to see what they would do this year in the #1 doubles position. The rest of the positions were yet to be determined with several newcomers to the squad.” 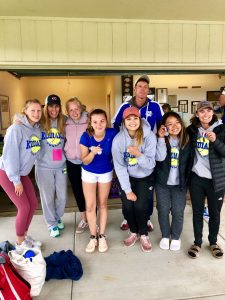 Coach Campbell remains optimistic for the 2020-2021 season. “Next year, we can come back with a renewed sense of strength and desire for success. To sacrifice a season is worth it if you can learn from it. Whatever you do in life, do to the best of your ability. To me it’s like being in the third set tiebreaker when you have to dig in deep to win, never giving up on hope. Through this loss, lessons will be learned and we will all be better people for it.”
As one of the top players in the state, CSS is fortunate to have Jules T. ’21 returning next year for her fourth consecutive year at the #1 singles position. Jules plays tennis everyday, and has her personal dreams of winning a state title and playing at the collegiate level.  “Jules puts in hours of work with the tennis racket, and she has really matured into a great player,” added Campbell-Patton. “I look forward to seeing how far she takes her game next year while leading us as a team captain.” 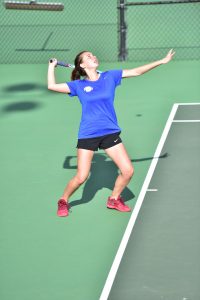 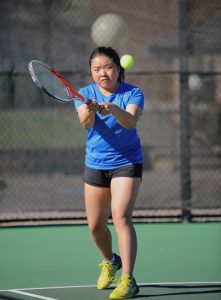 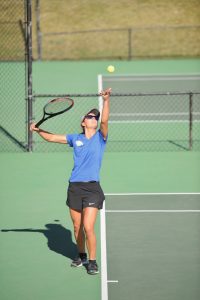 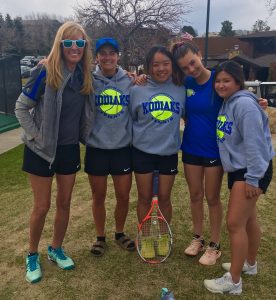 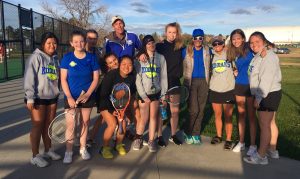