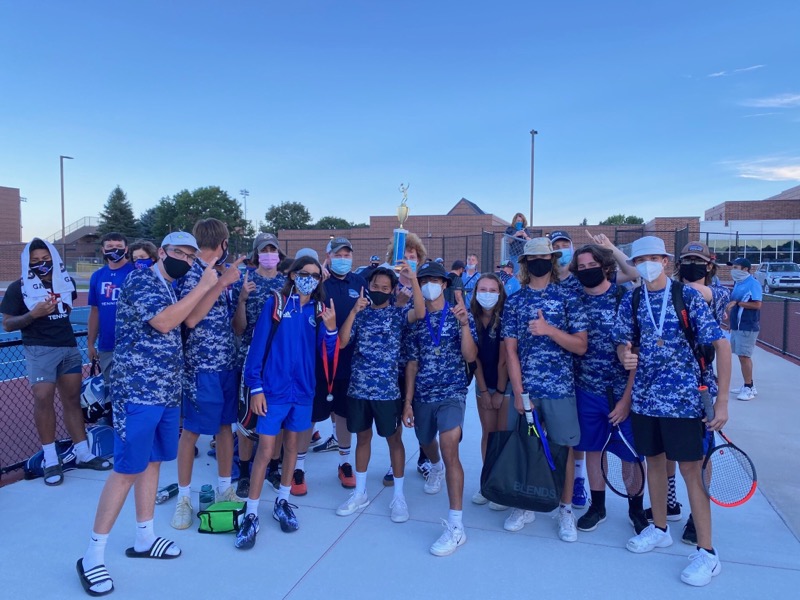 The Kodiaks are off to a 3-1 start in their second week of tennis action as team members are settling into their perspective positions. On Thursday, the boys defeated rival Vanguard 4-3 with wins from all three singles positions and the #4 doubles team.

On Friday, the Kodiaks defeated Doherty 6-1 and Widefield 6-1 in the Fountain Fort Carson Tournament. In the championship matches, they met up against Sand Creek, FFC, and Mesa Ridge.  Sophomore Tristan T. won his #2 Singles bracket while senior doubles teams of  #1 Owen G. and Alex S. as well as #4  Asher D. and Ty W. all came out on top in their brackets. With these victories along with other strong finishes, CSS was positioned to bring home the championship for the first time in many years.

Veteran coach Marc Knutila is impressed with the commitment from the boys this year. “Almost every returning player on the squad found time to play this summer, which is obviously having an impact. With such a condensed season, we had little time to prepare, so all the off-season work is paying off,” added Knutila.

When asked about any surprises so far this year, he commented, “Having Mark join the squad from Germany and earn the #1 spot certainly positions everyone else for more success, so that’s a bonus. I’m also impressed with how Asher is performing as a varsity player after being on JV the last three seasons. He and Ty are a strong #4 doubles team who should win a lot of matches for us.”

CSS is back in action on Wednesday, Sept. 9 at Memorial Park against Fountain Fort Carson at 4:00 p.m. Go Kodiaks! 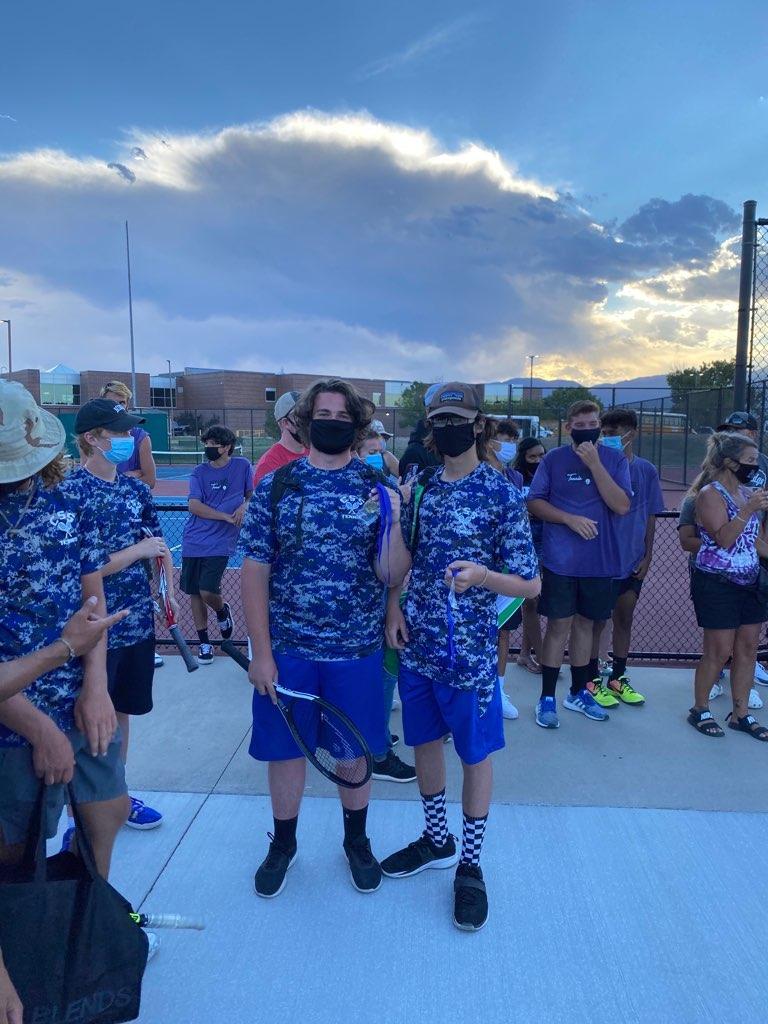 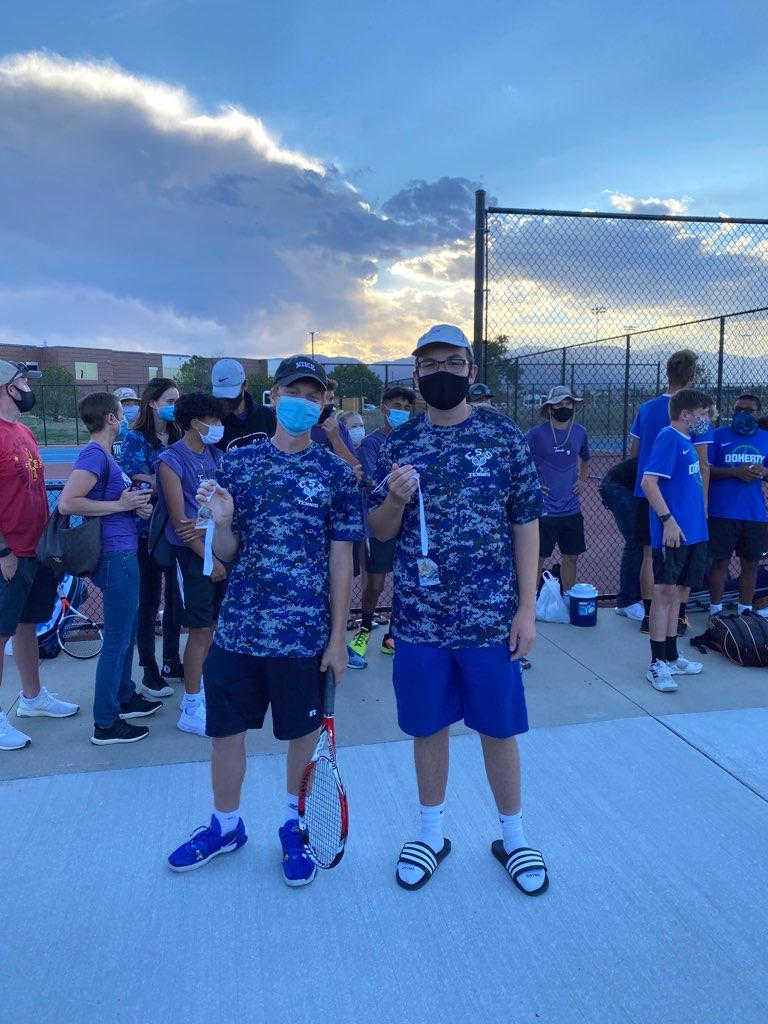 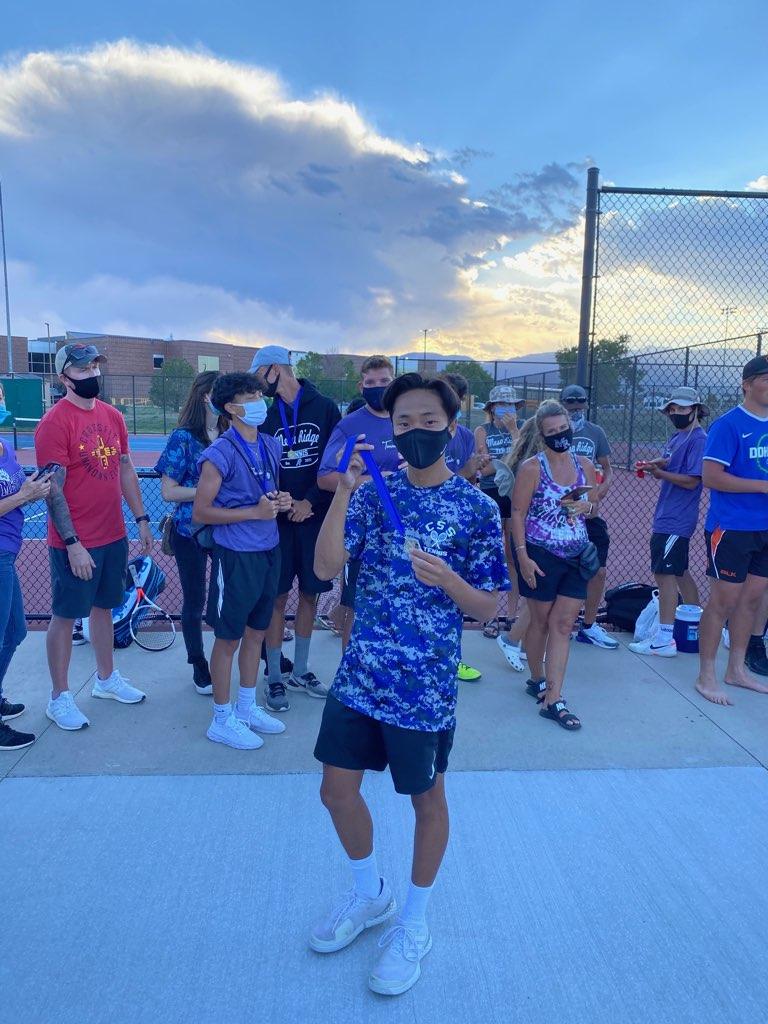 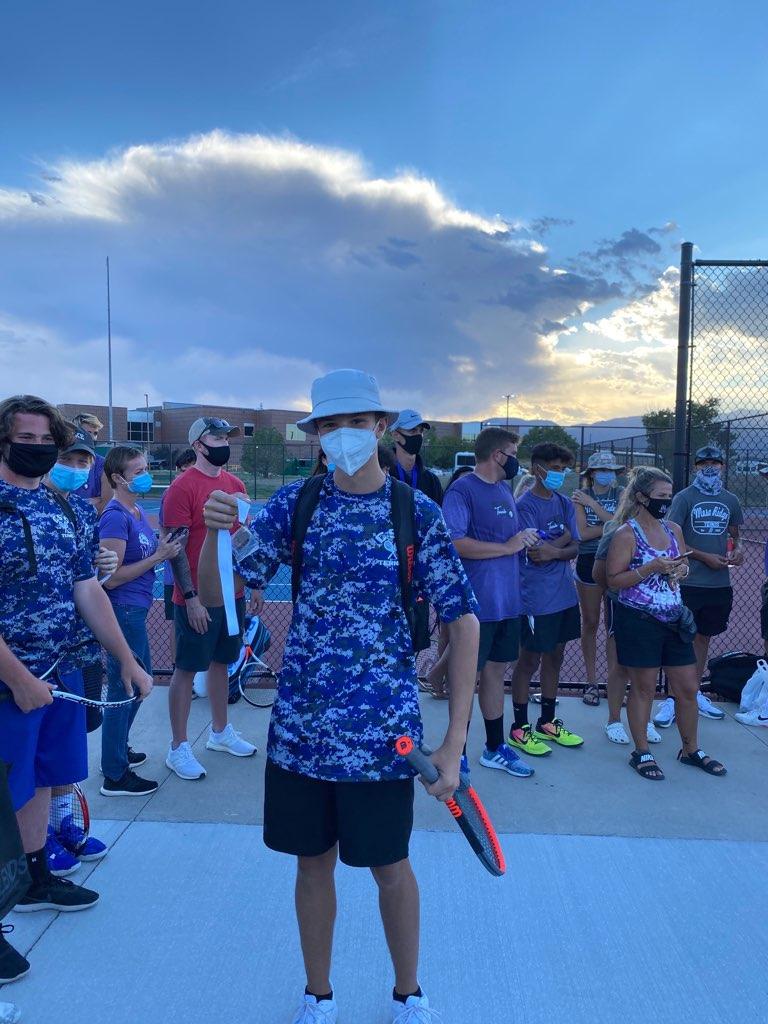 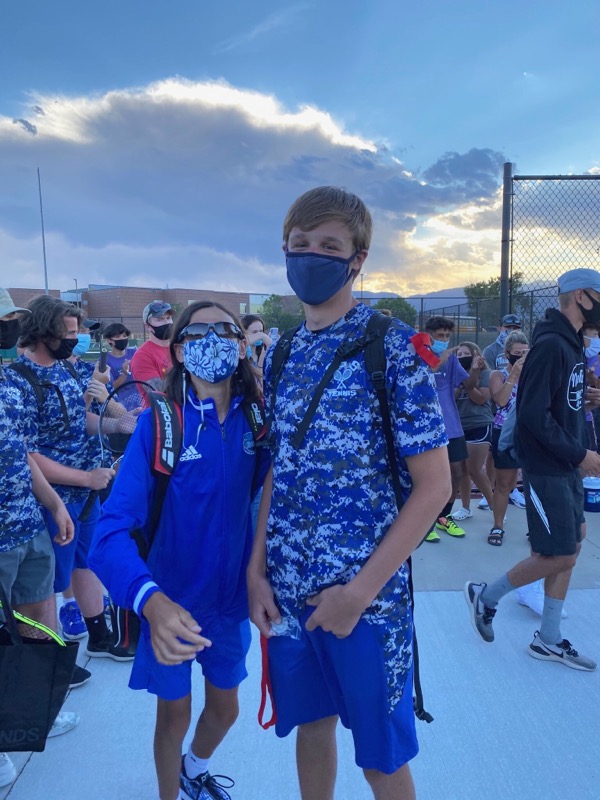 Vanguard Invite
9:00 am
View All Events