Orlando M., a senior captain for the CSS boys’ cross country team, made history today at the Regional meet when he crossed the finish line in 13th place, qualifying him for one more race–the State Championship meet next weekend.  His time of 18:54 was his personal best for a 5K run this year which is not a surprise as his confidence has emerged with every race.  And as luck would have it, today’s race was practically in his back yard at Monument Valley Park, a few blocks from his home on the city’s north end.

Head coach Jolly Cunha was ecstatic for Orlando. “He realized his long-time goal of qualifying for the state meet showing his talent, experience, and true grit.  He’s earned the right to toe the line with the state’s best runners next week and compete one last time as a Kodiak.” 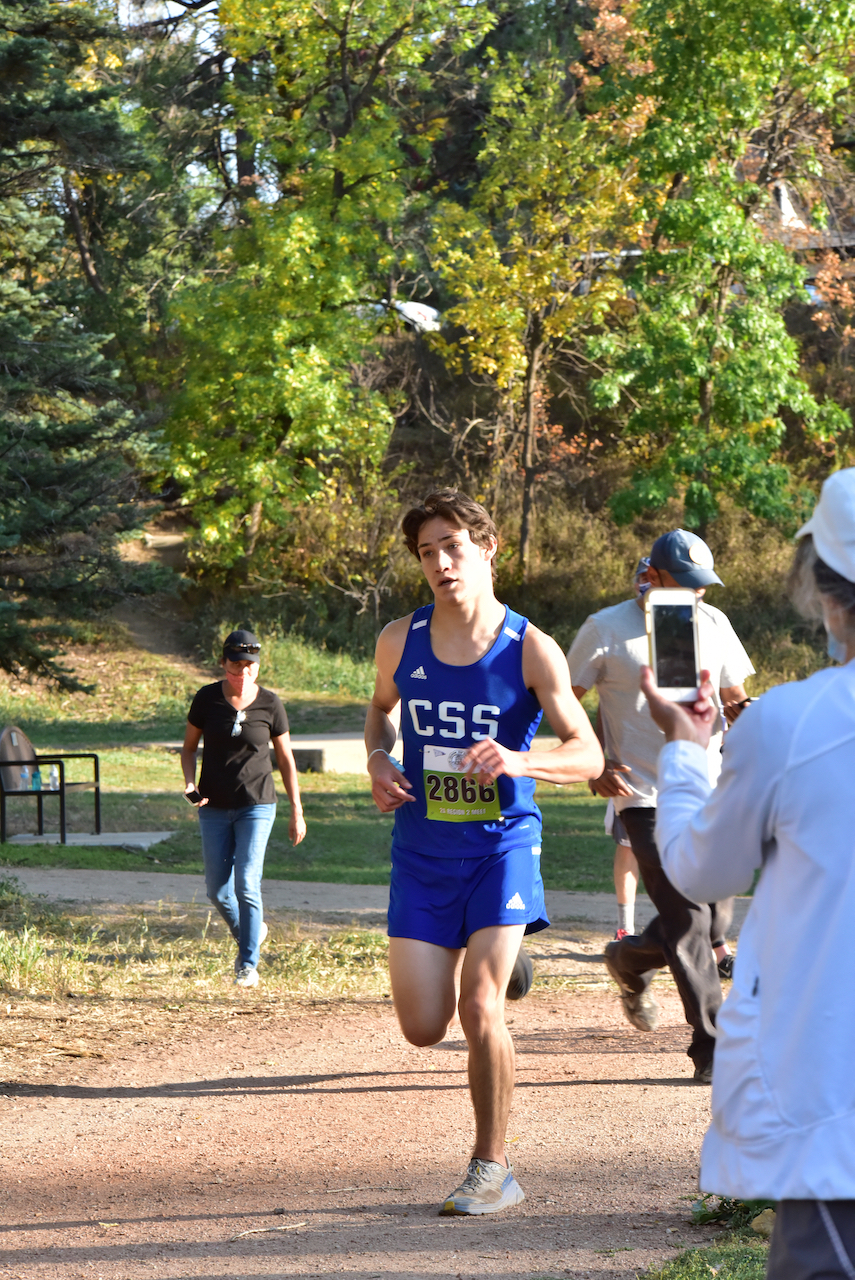 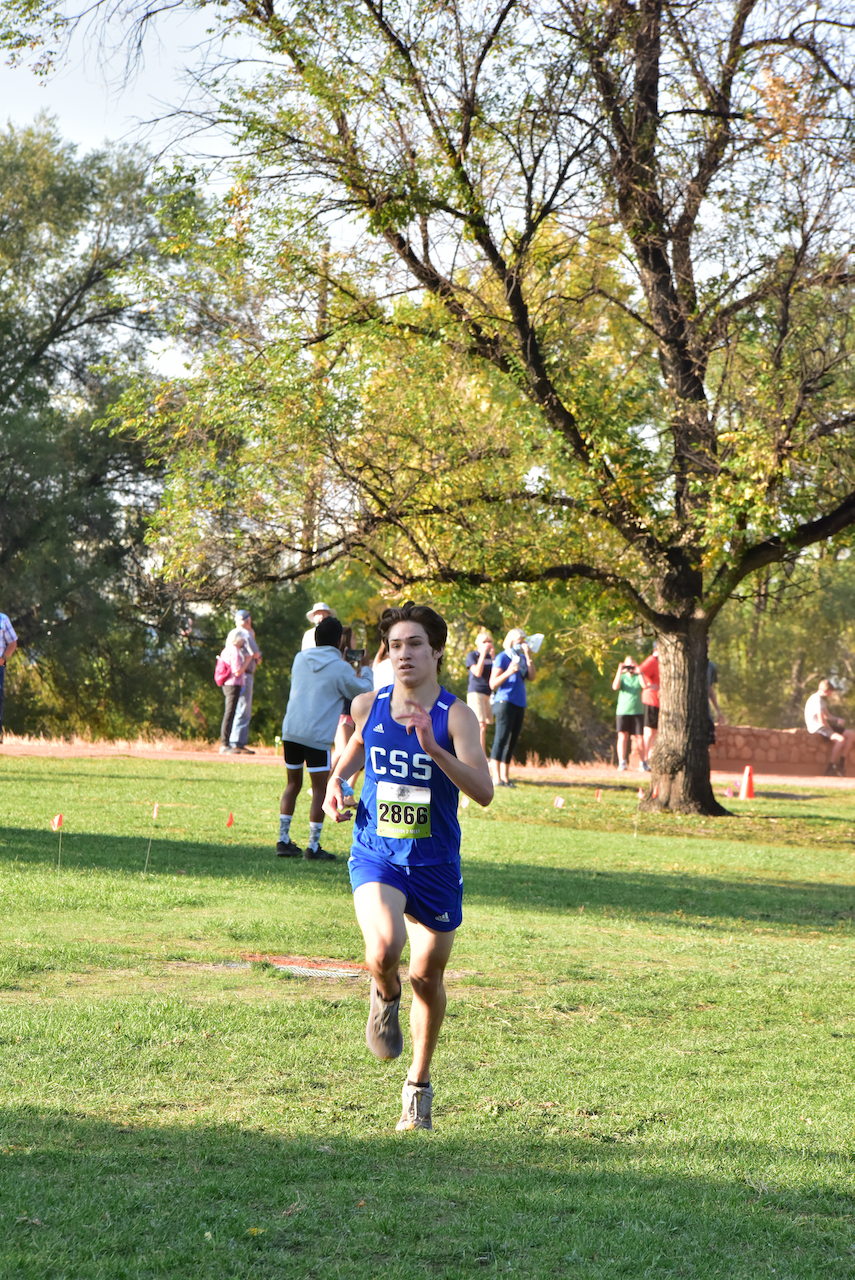 “I felt stronger today than in any race this year,” explained a modest Monroy moments after the race, “and I gave it everything I had–hopefully it was good enough to qualify for state.”  No Kodiak boys’ cross country runner has ever earned a trip to the state meet with last year’s attempt by Clay Roles ’19 the closest on record. Regarding the new CHSAA format that favors individual performances, Orlando added, “If this year’s format was used last year, Clay would have made it to state.” No doubt, Orlando will be running for Clay and his Kodiak teammates next Saturday morning, October, 17, at the Norris Penrose Center in Colorado Springs.

Orlando will also be running for his parents, Doug Monroy and Ann Van Horn, who have been his most vocal fans during his career. Van Horn is a running icon in Colorado Springs who since 1982 has held a record for the renowned Pikes Peak Marathon. As a 19-year-old, Ann summited America’s mountain and ran back down in 4 hours, 59 minutes and 23 seconds.  Orlando’s pride for his mother runs deep, and as he continues to find his stride through the sport of running, he is likely to set his own records down the stretch, crossing many more finish lines in his young yet promising life. 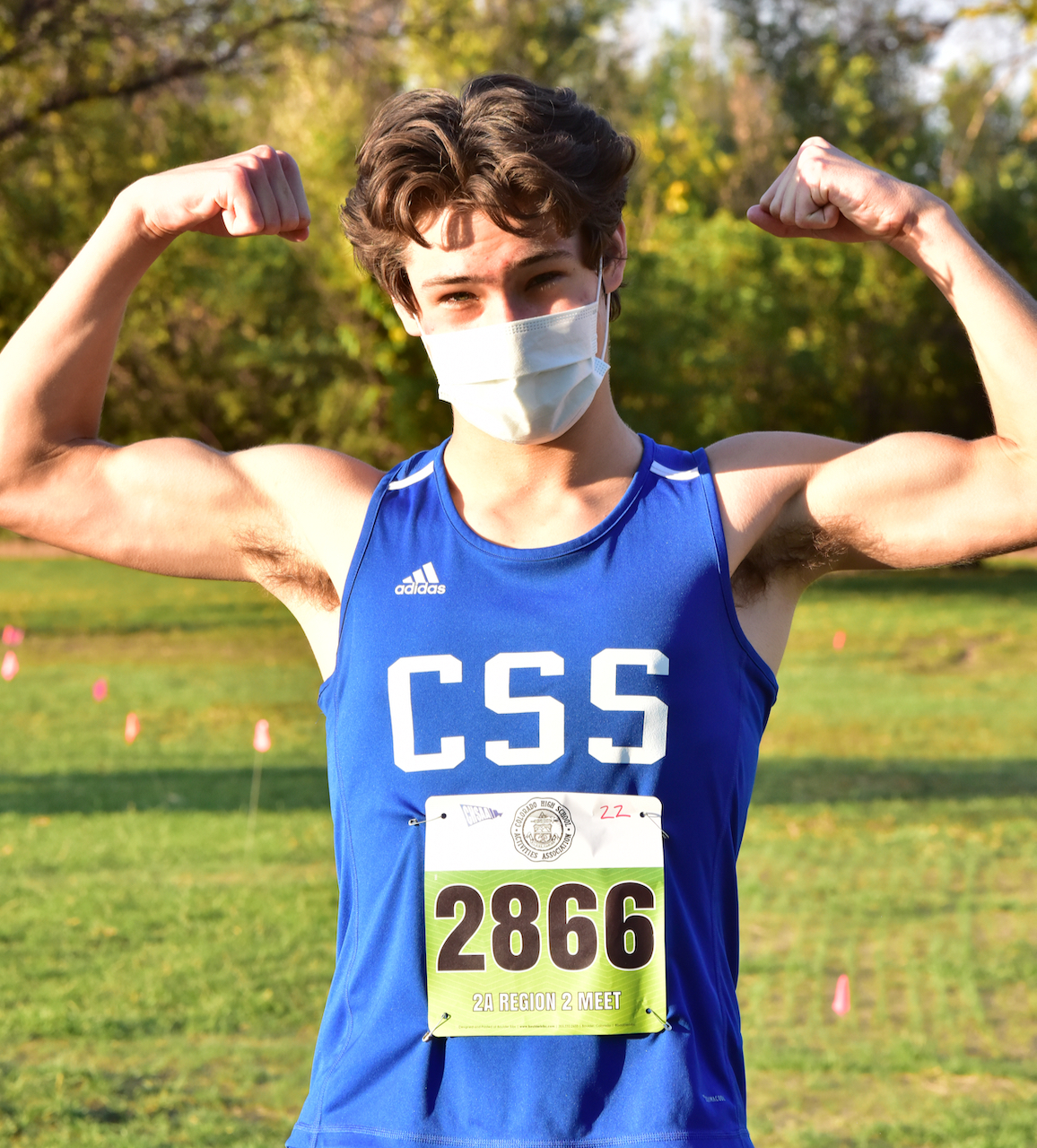