MS Volleyball “Puts It All Together” 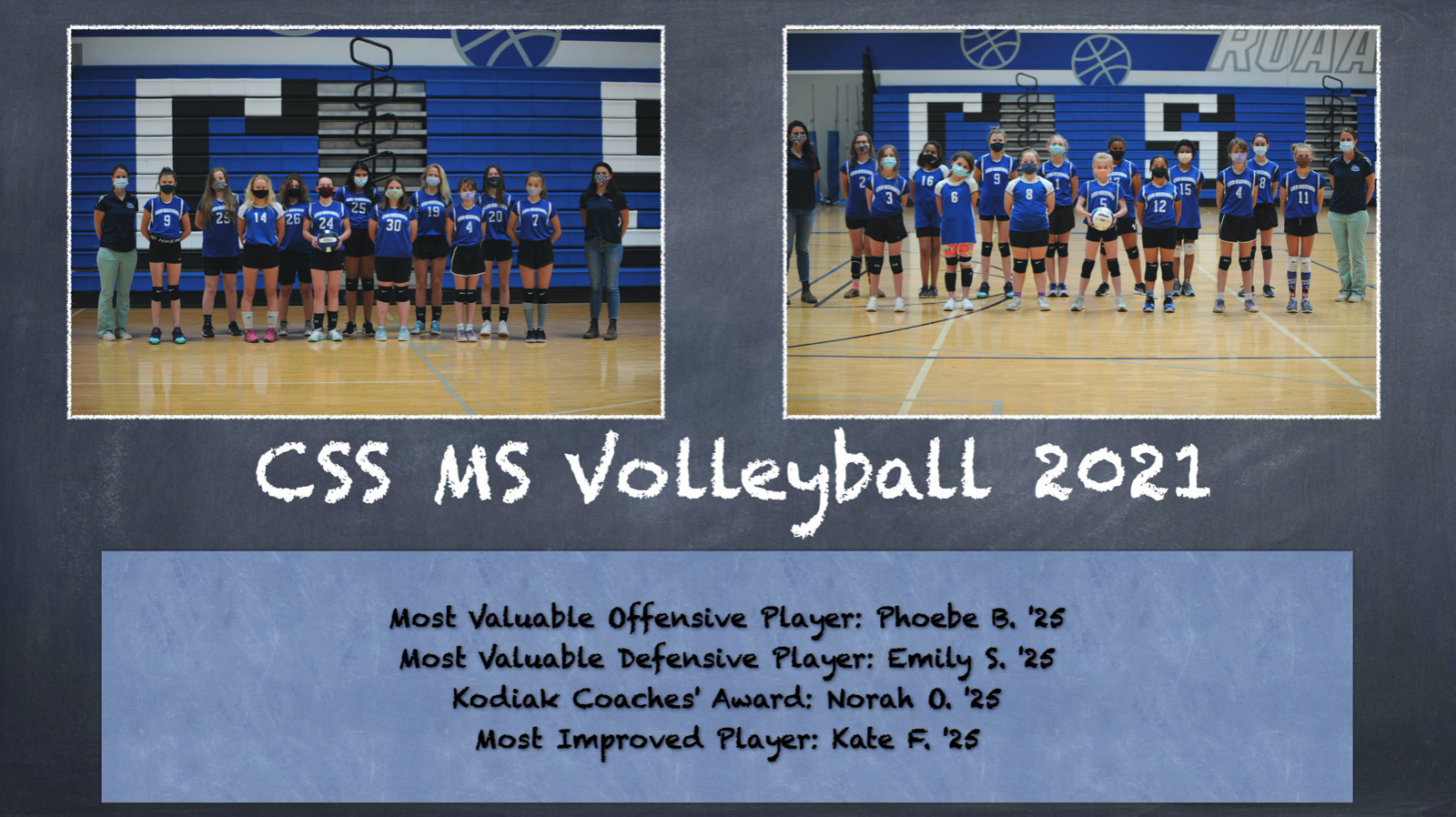 The CSS middle school girls’ volleyball team closed out their season Saturday at Calhan for the end-of-season Black Forest League tournament. Against Edison, the team finished 2-0 and then played one of their best matches of the year against the host team Calhan before losing both sets 22-25 to lose 0-2.

“Today’s games, following yesterday’s wins against Ellicott, have boosted our confidence so much,” declared head coach Blisse Beardsley. “We definitely played our best volleyball of the season in the past few days, putting it all together for great team volleyball. You could tell that the girls were trying to actually own each possession, passing the ball rather than just sending it back over the net.”  She added that the “eighth graders really stepped up and showed tremendous leadership for the team, setting a good example for future Kodiaks.” 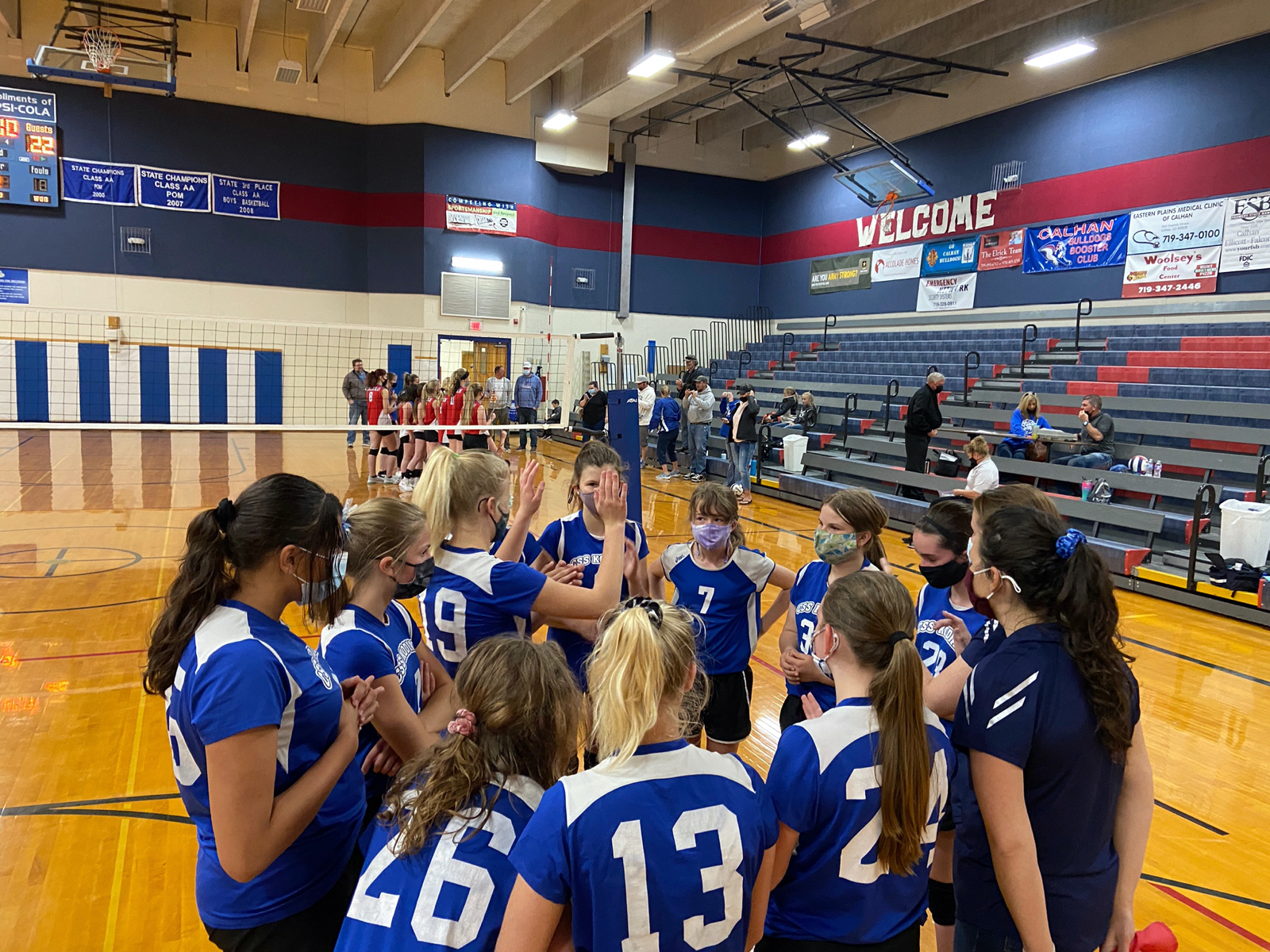 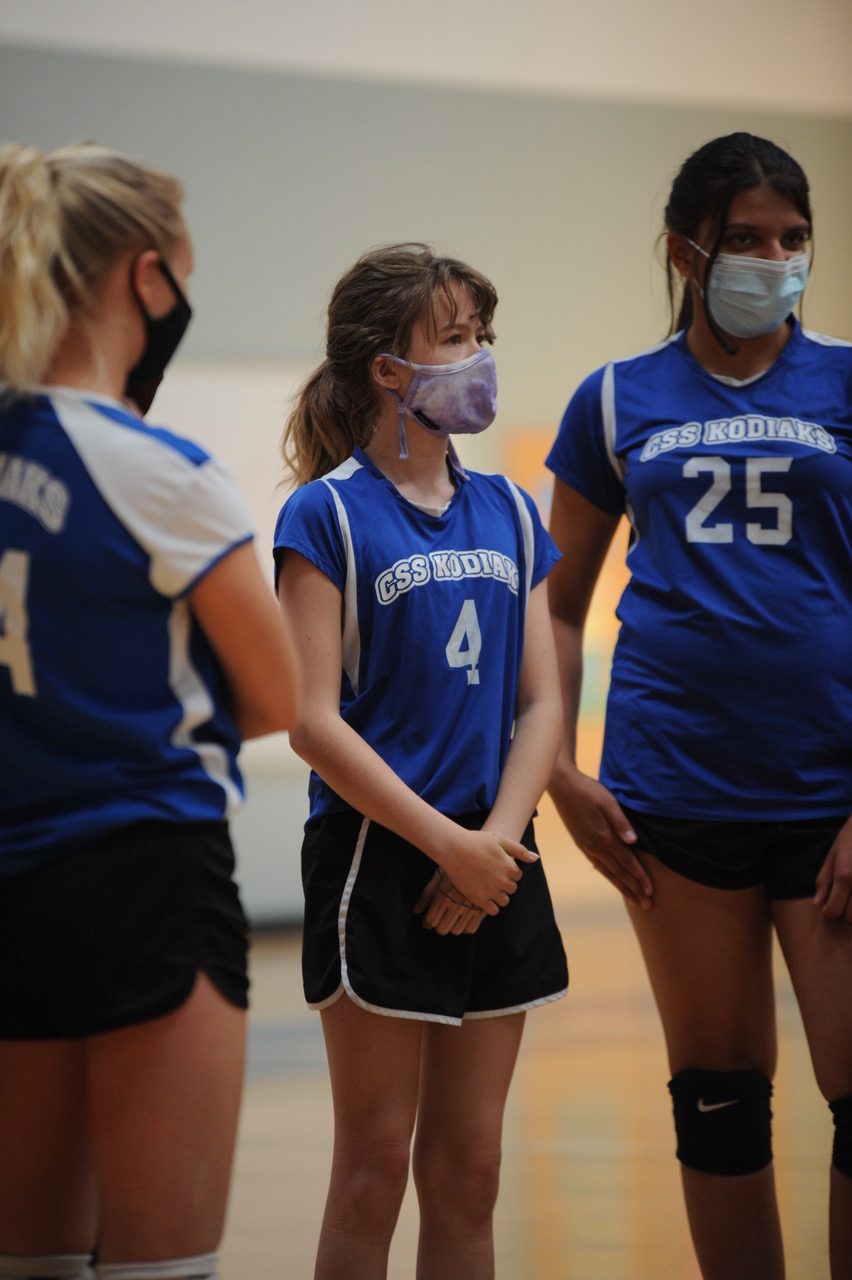 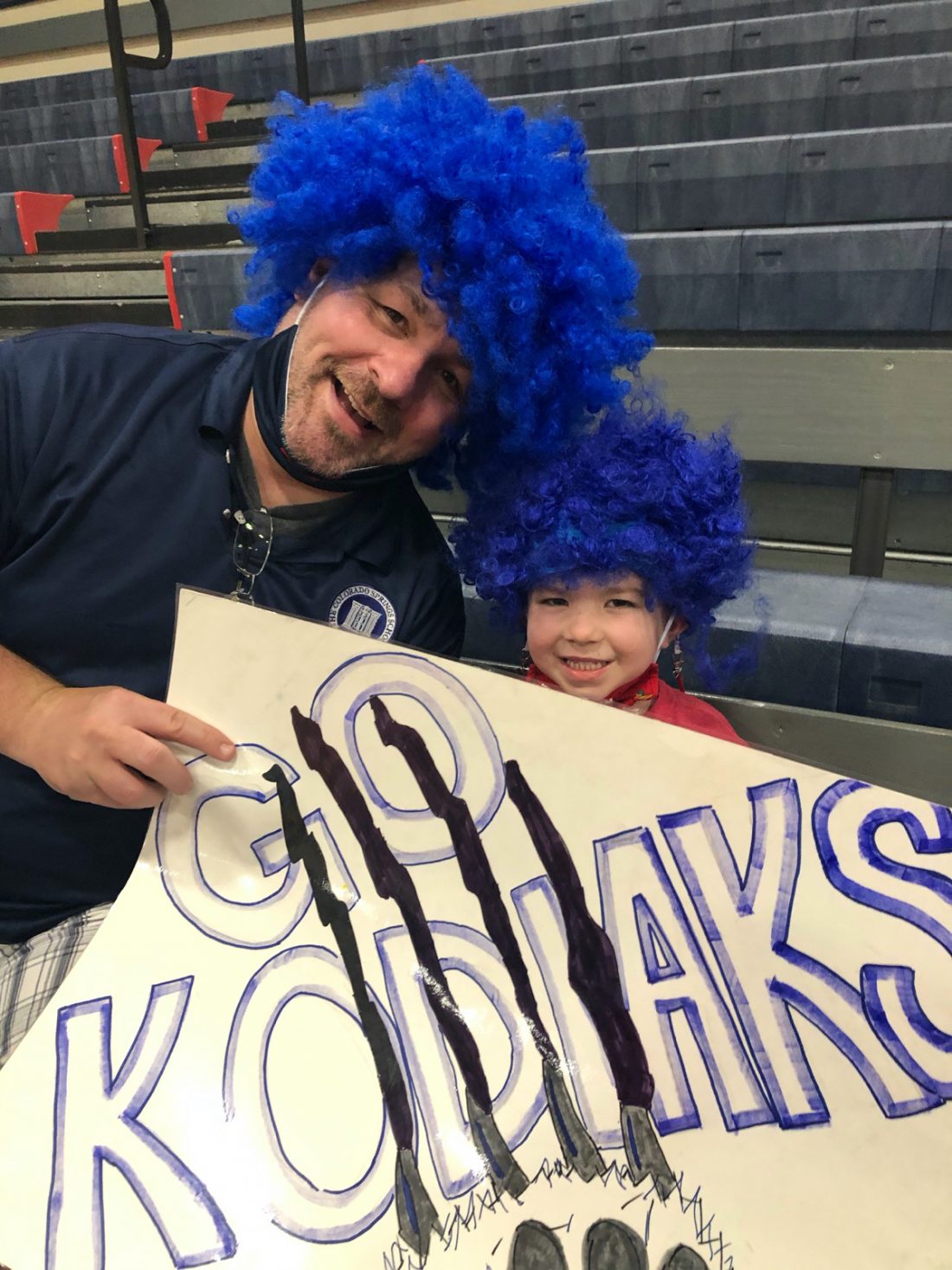 CSS’s own Mr. Mo made the trip to Calhan with his son Oliver to watch daughter Madalynn M. ’26. “It was a great day for some Kodiak pride,” stated Mr. Moorhead, the beloved band teacher. “This team has shown such great school spirit this year, cheering each other on, so we thought we should do the same.”

Friday’s matchup against Ellicott had the A team tied 1-1 going into the third and decisive set to be capped at 15 points. When Sarah H. ’26 stepped behind the service line, the Kodiaks trailed 9-14 with the Thunderhawks a point shy of victory. Poised and focused, Sarah served five straight points to tie the game 14-14 — next point would win! As Sarah’s last serve cleared the net, the volley went back and forth several times before landing on Ellicott’s side. Kodiaks win!  The celebration was one for the memory books as the girls cleared the bench, celebrating one of the season’s most prolific wins.

This group of girls made the most of a shortened season and worked hard to improve their skills, refining their understanding of the game of volleyball through the process. The future for Kodiak volleyball looks bright! 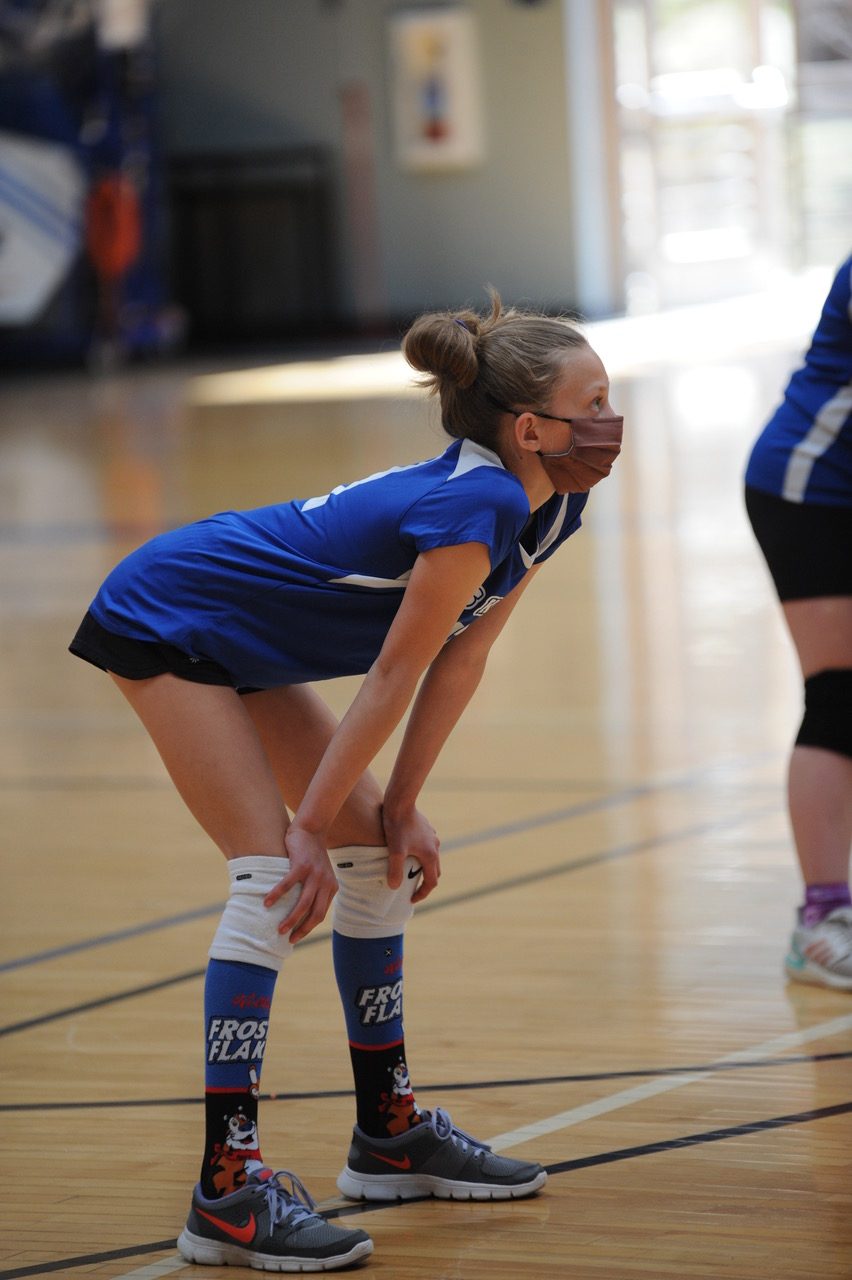 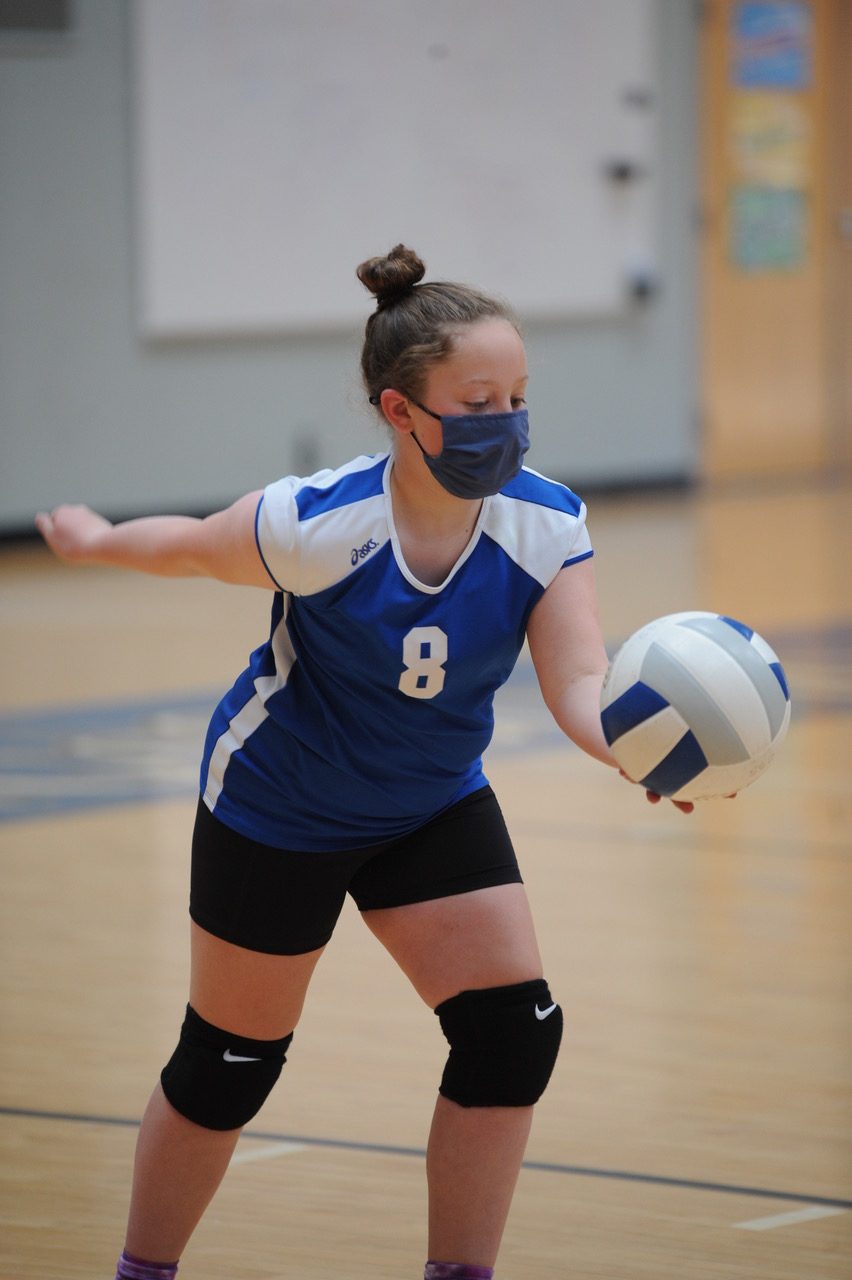 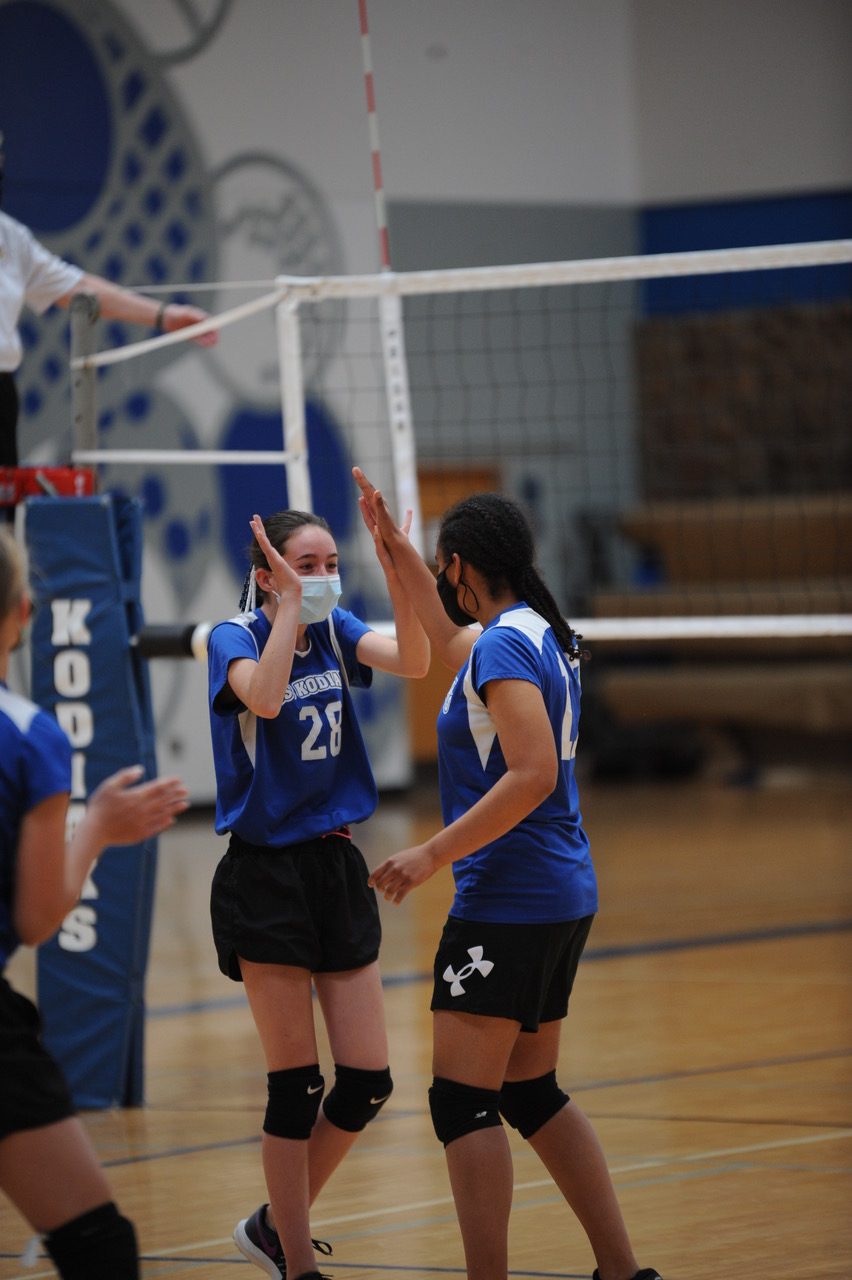 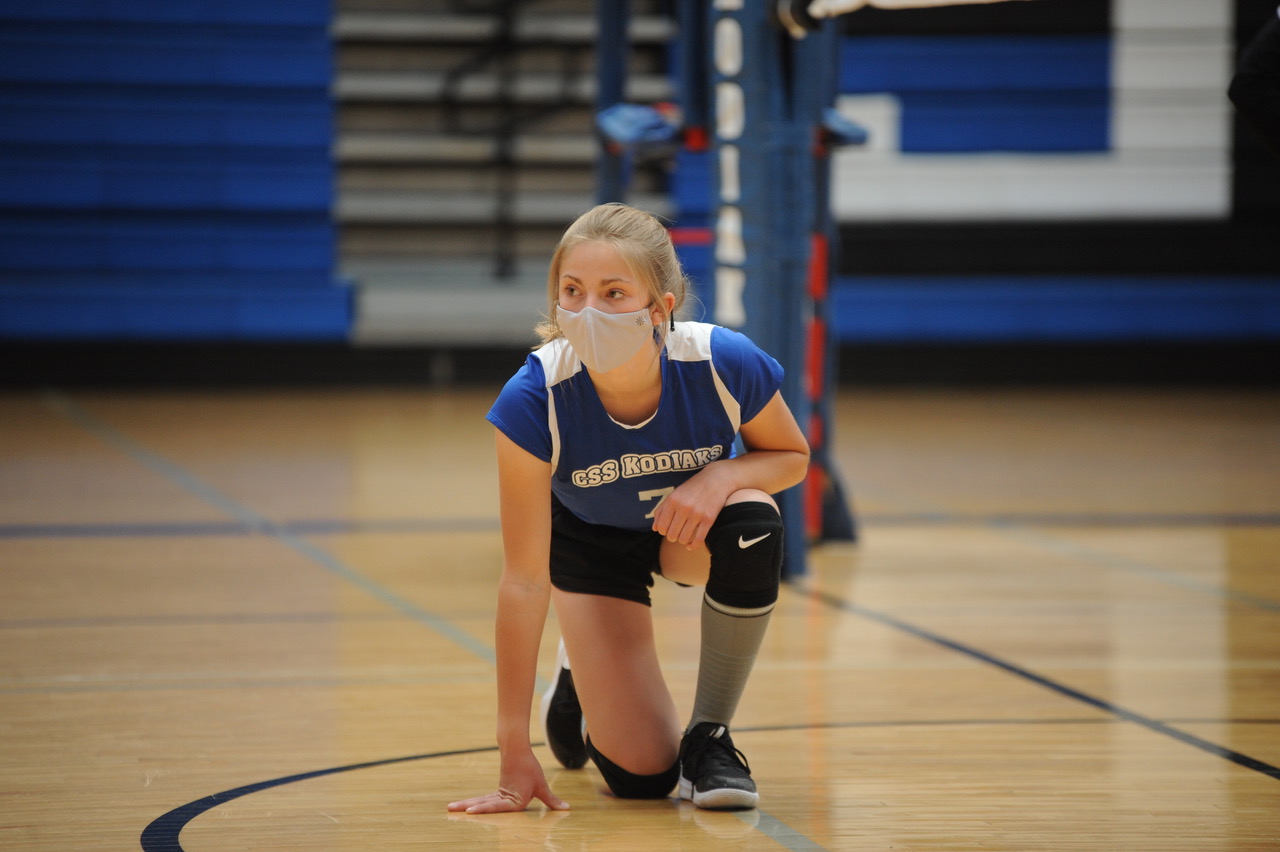 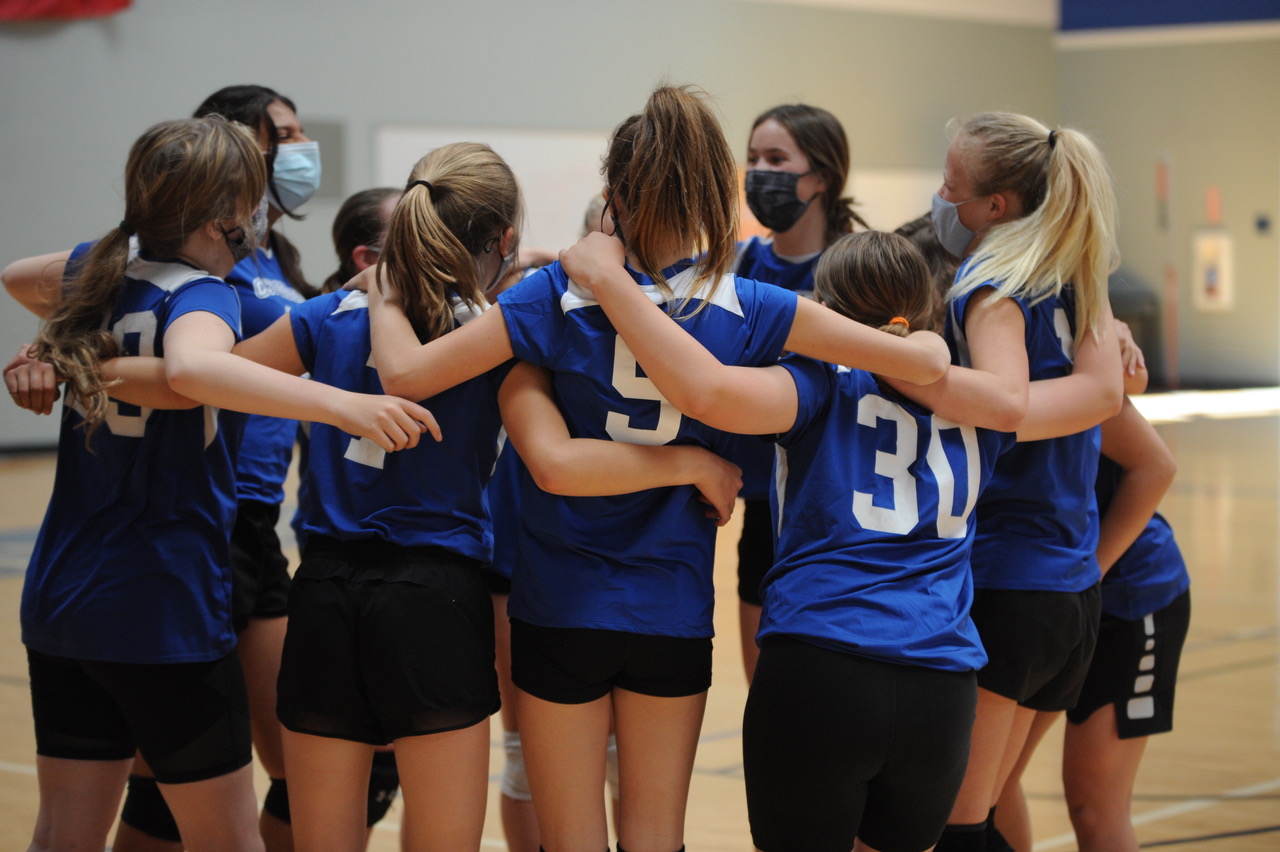 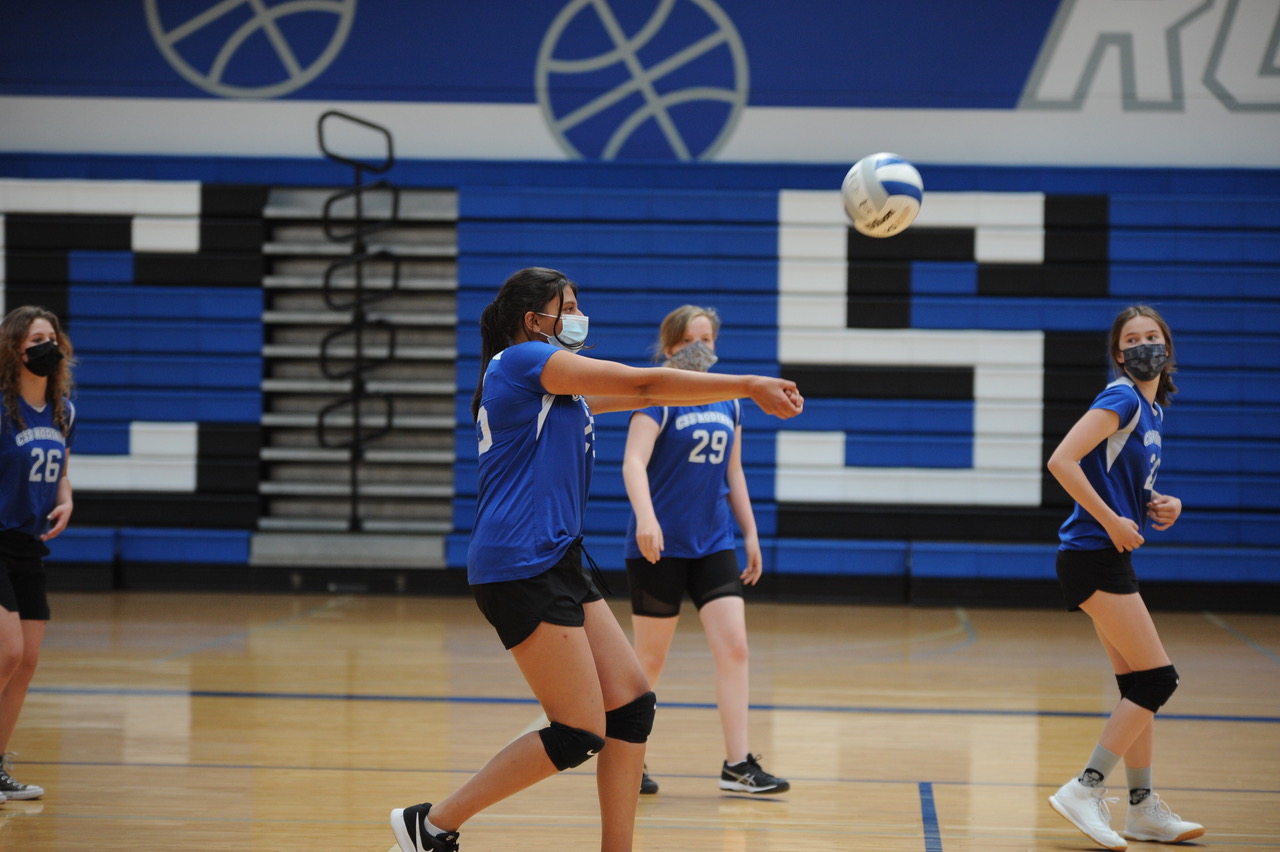 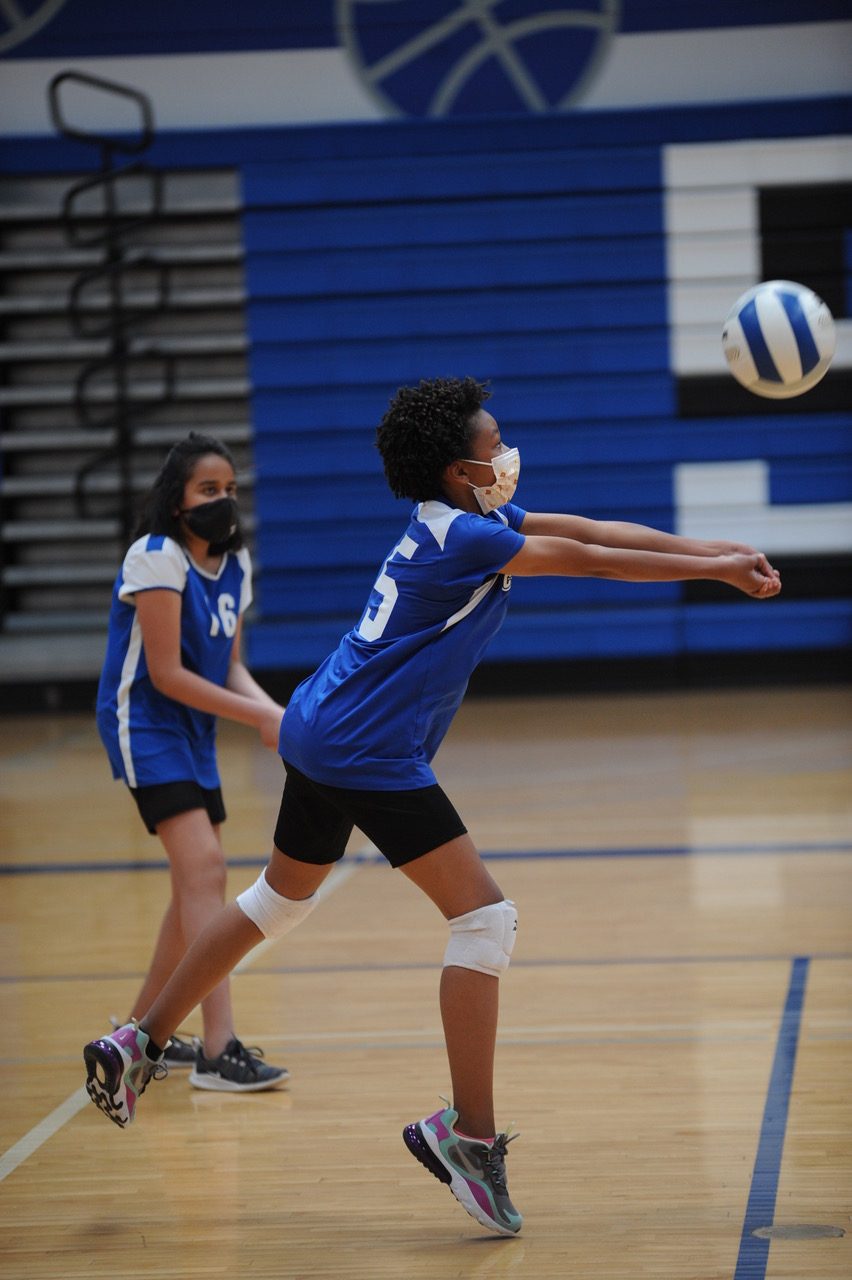 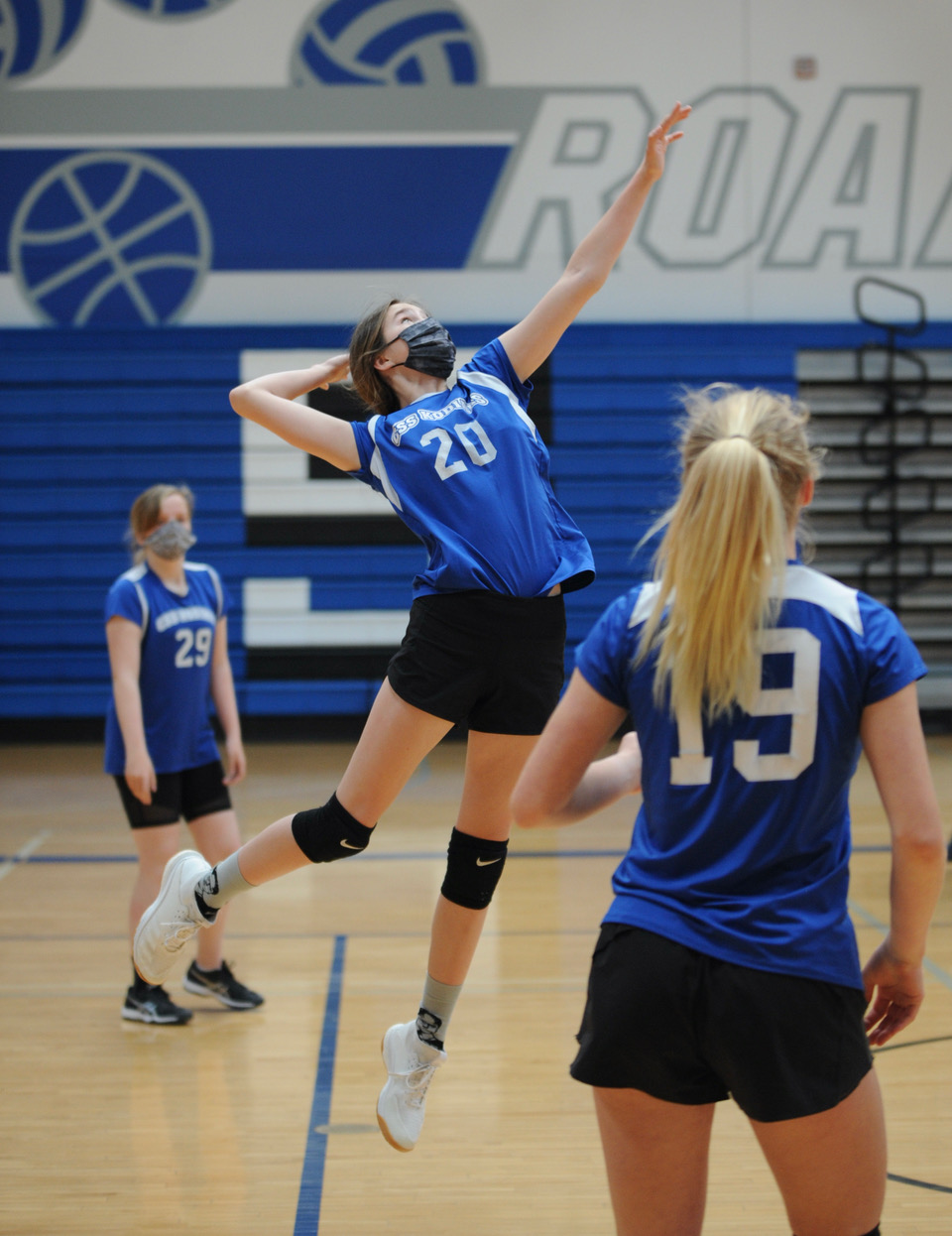