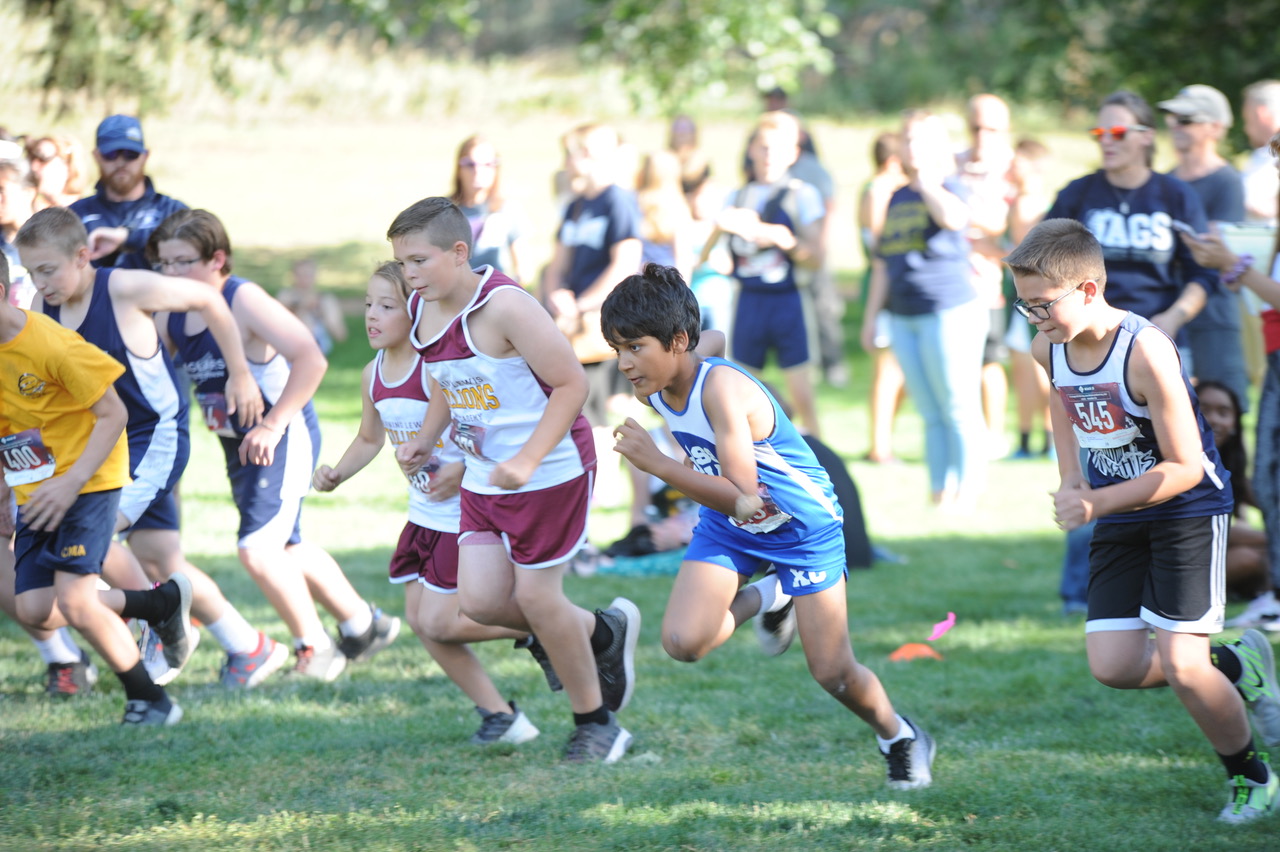 Today’s meet at Monument Valley Park marked the first cross-country race ever for two runners and the first meet of the year for almost everyone else on the Kodiak squad. With the 5th grade on Fall Adventure, CSS ran six in the RMCA meet. Elliott P. and Charlie B. (who convinced the soccer coach to give him the day off from soccer) competed well in the Boys’ A race, finishing 18th (10:17) and 23rd (10:31), respectively, in a field of 65 runners.

Sophia B. and Imogen M. competed in the Girls’ B race against 50 other runners. Sophia recently decided to dual sport with volleyball, and after just a single day of cross country training finished 15th (14:07). Imogen had an amazing first race and took home a 6th place ribbon with a time of 13:33. We look forward to more PRs as the season progresses. Next week will include intense training as the Kodiaks gear up for the next race on September 24, a rescheduled meet at Palmer Lake. Go Kodiaks!