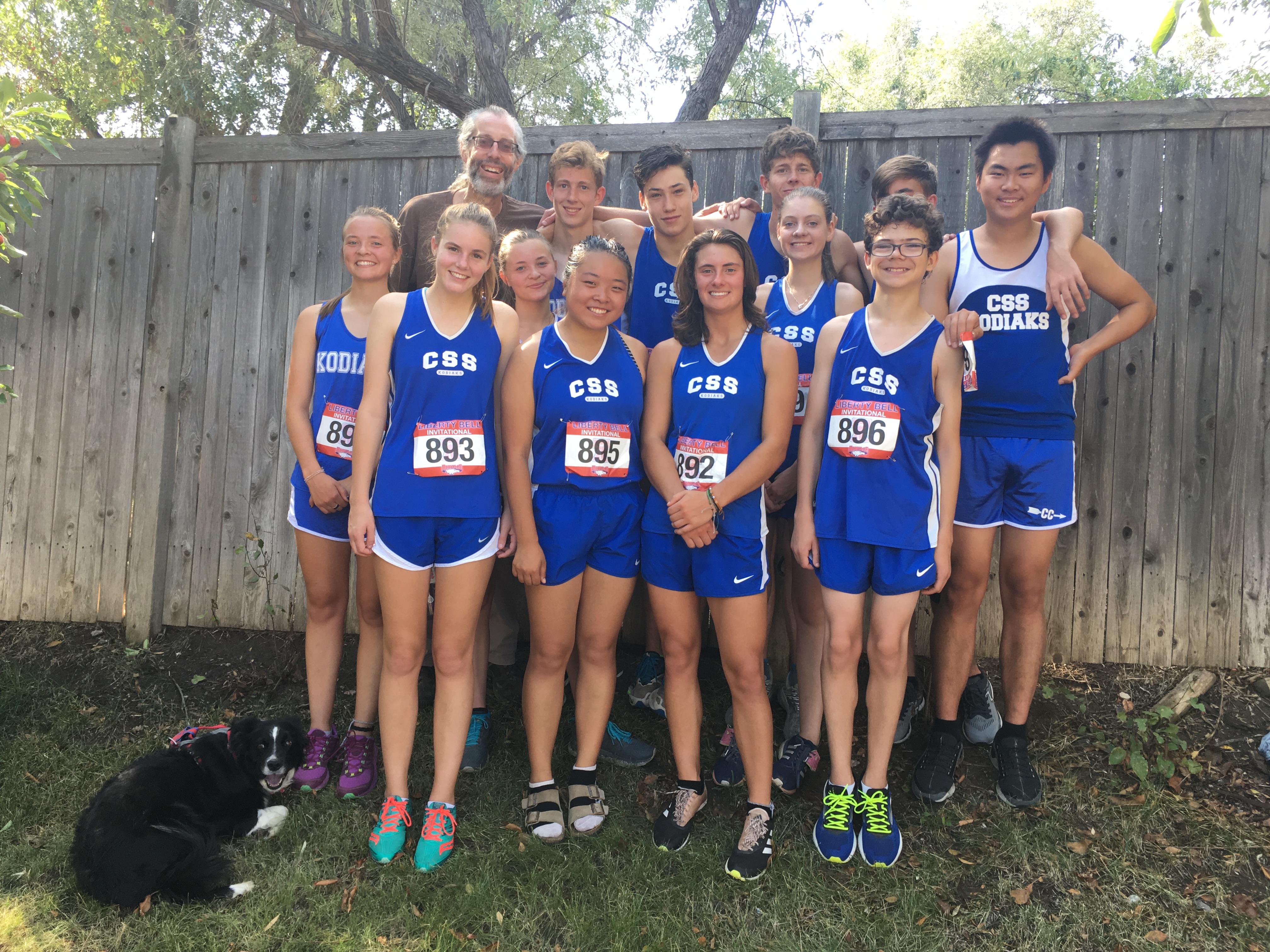 CSS traveled to Littleton today for the annual Liberty Bell Invitational cross country meet, an event that draws over 80 teams, some from out of state. It’s a favorite course that meanders through local streets and suburban trails, often resulting in new records with swifter times.

Saturday’s race was no exception for the Kodiaks who collected a handful of PRs and two new CSS school records by senior captains Kate G. and Clay R. Griffin finished 12th among 191 runners, tackling the 5000m race at a 21:12 pace and beating Sarah Weidman’s ’17 school record by a mere 2 seconds. Roles finished 48th with an impressive 18:44 run in a field of 270, beating his previous school record of 18:59 set at last year’s meet.

With the addition of seniors Kyle J., Autumn C., and Kylie C., the teams represented the Kodiaks in full force with the girls finishing as high as 11th place. In their first race, sisters Autumn C. (71) and Kylie C. (72) impressed the field finishing 2 and 3 for the girls in blue. Senior Hina S. (105) ran a personal best, shaving nearly three minutes off her previous time. Juniors Heather H. (108) and Brooke A. (130) were close behind, finishing out the field of six runners.

Head coach Jolly Cunha was impressed with the overall effort of the team and excited about having full squads, a first for the season. “The team energy was exceptional and it was a great meet for everyone to spend time together. If we can keep the momentum, we should be in a position to send both teams to the State meet in October — that is our goal.” Holding with tradition, on Friday night the team and parents enjoyed a pre-race pasta dinner together in Maytag cafeteria, setting the stage for Saturday’s race. The team is back in action on Tuesday at the Florence Invitational.