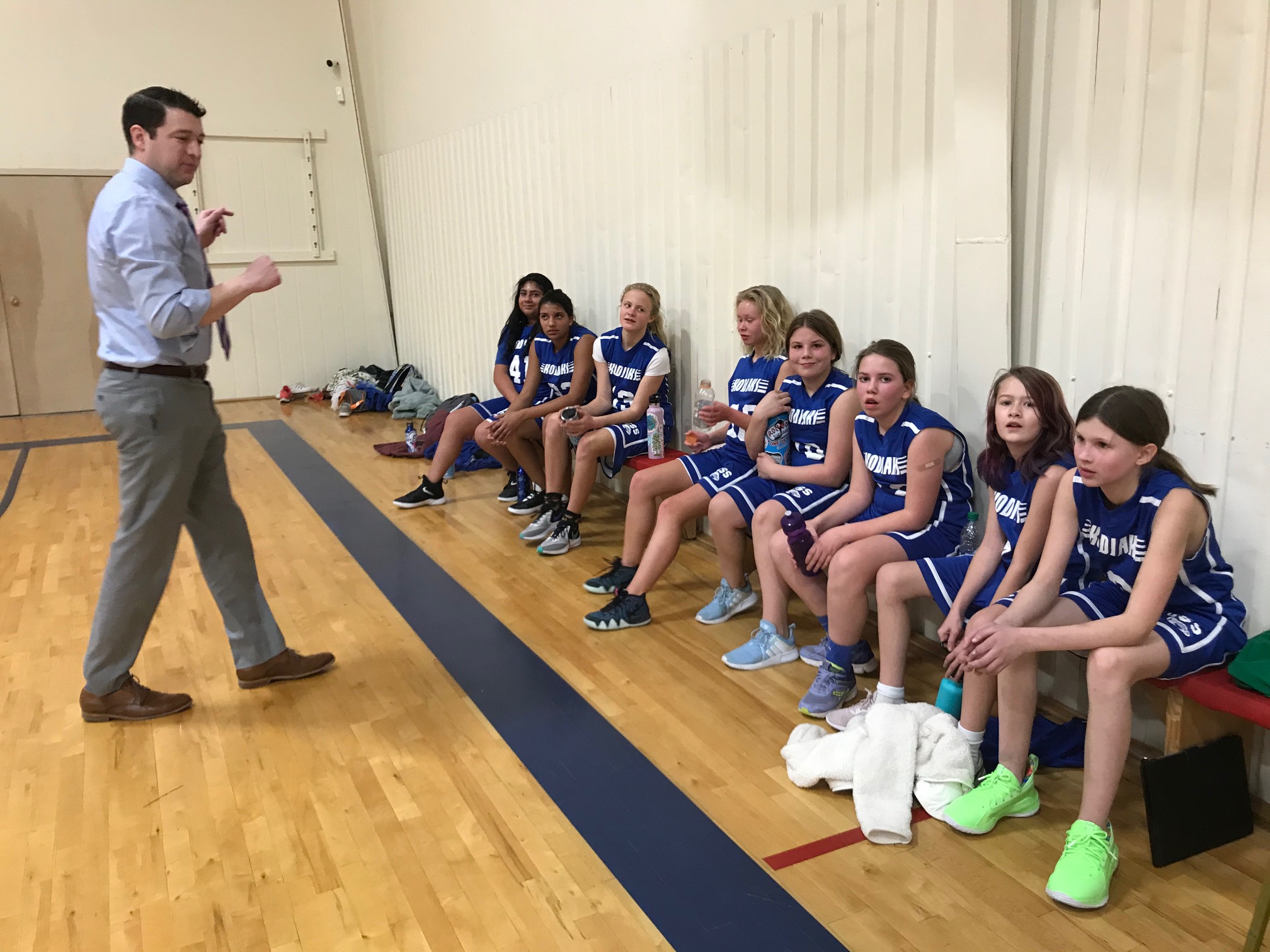 The Kodiaks MS girls’ basketball team opened the season with two victories over the Atlas Prep girls. The B team won 28-14 in an exciting version of keep-away with Asha M. ’25 leading all scorers with 10 points. Sophia B., Neve P., Emily S., and Morgan H. each tallied 4 points toward the victory. Mulka B. added a basket to the tally.

CSS led the entire A game with a quick attack on defense that created easy baskets, leading to a 29-21 finale. The Kodiaks played aggressively on defense and moved the ball well on offense. Top scorer on the night was Brittyn L. ’26 who finished with 15 points, including a three-pointer. Contributions were also made by Shea D., Adhista E., Imogen M., Meg D., and Phoebe B.

The Kodiaks travel to Banning Lewis Ranch Saturday morning for 10:00 and 11:00 a.m. games. Monday will be the first home game against Monument Academy. Go Kodiaks!