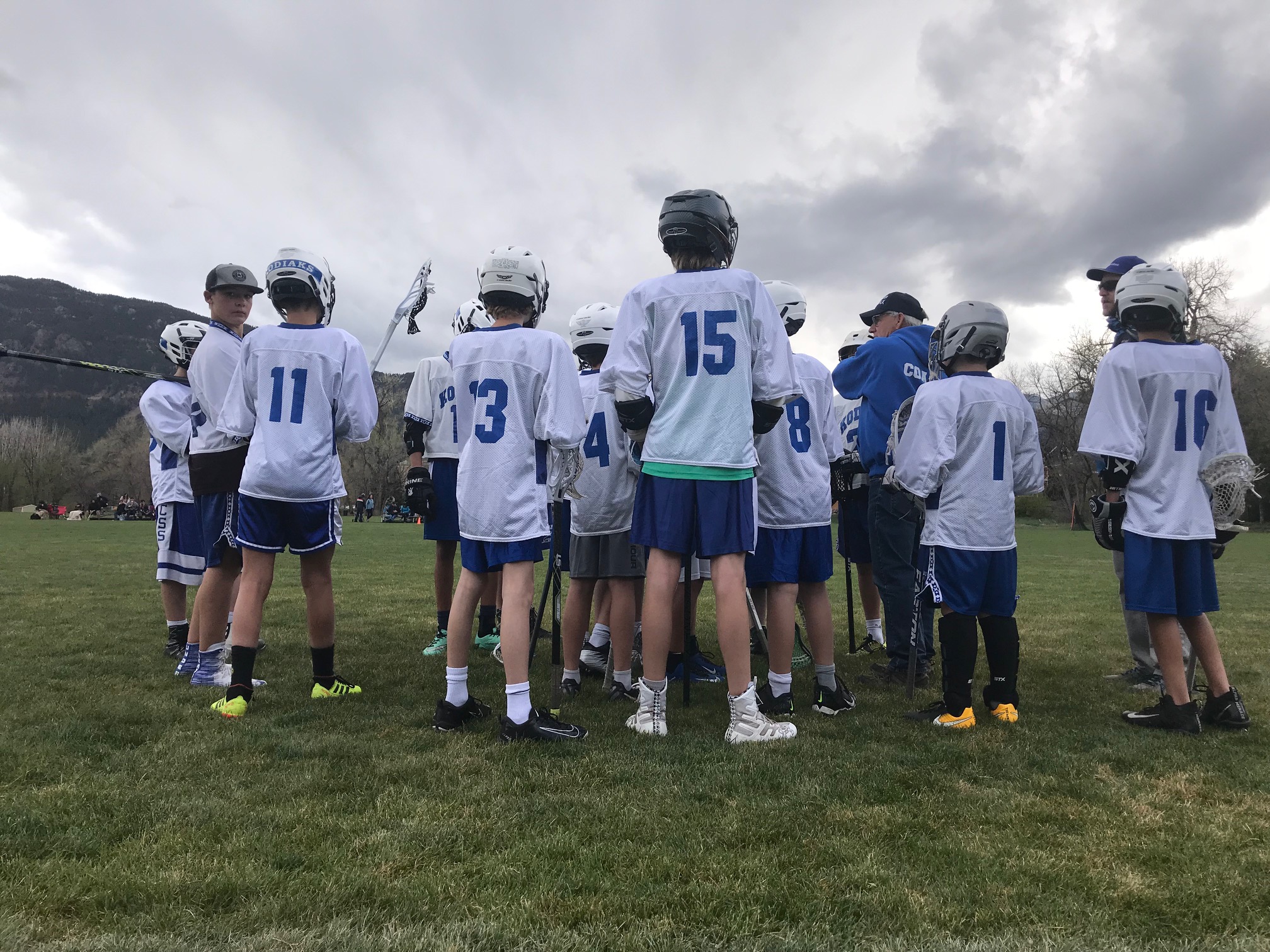 away
4 The Vanguard School
home
5 The Colorado Springs School

The middle school lacrosse team closed out the season with an exciting 5-4 victory in overtime over Vanguard School. A balanced game ended with a 4-4 score after Krishna M. ’23 tied the game in the final minute of regulation. He won the face-off, attacked the middle of the field, and found an opening to score the tying goal and send the match into extra time. Other goals came from Alex K. ’25, Xander T. ’26, and Chase Y. ’25.

As the overtime period began, Devon M. ’23 won the face-off, and quickly passed to Xander T. who then flicked a shot in the goal for the win. It only took about 5 seconds for CSS to secure the OT win! The Kodiaks piled onto the field in celebration.

After the game, Coach Roger Tucker gave out some awards and acknowledged the improvement that the team made on the year. “This team was a lot of fun to coach! They came together and started learning the fundamentals of lacrosse. This game is truly about improving your stick skills and speed.”